Wenzday Jane and the Culture of Change

The film portrays the transformative vision and extraordinary efforts of Wenzday Jane, a woman whose mechanical skills and innovative actions are reshaping her community. Wenzday goes to the heart of the sustainability issue by offering solutions, and suggests that things don’t have to be the way they are. Raised in public housing, Wenzday discovered the bicycle. To her, it meant personal freedom and self-determination. She would later develop a passion for mechanics and welding, and learned how to reshape the world around her. Now a self-taught innovator and revolutionary community leader, she heads an urban movement to replace trucks with cargo bicycles for local delivery, municipal waste-hauling for the city of Cambridge, and agricultural distribution. She’s creating a more sustainable future by helping others discover the power of the pedal. 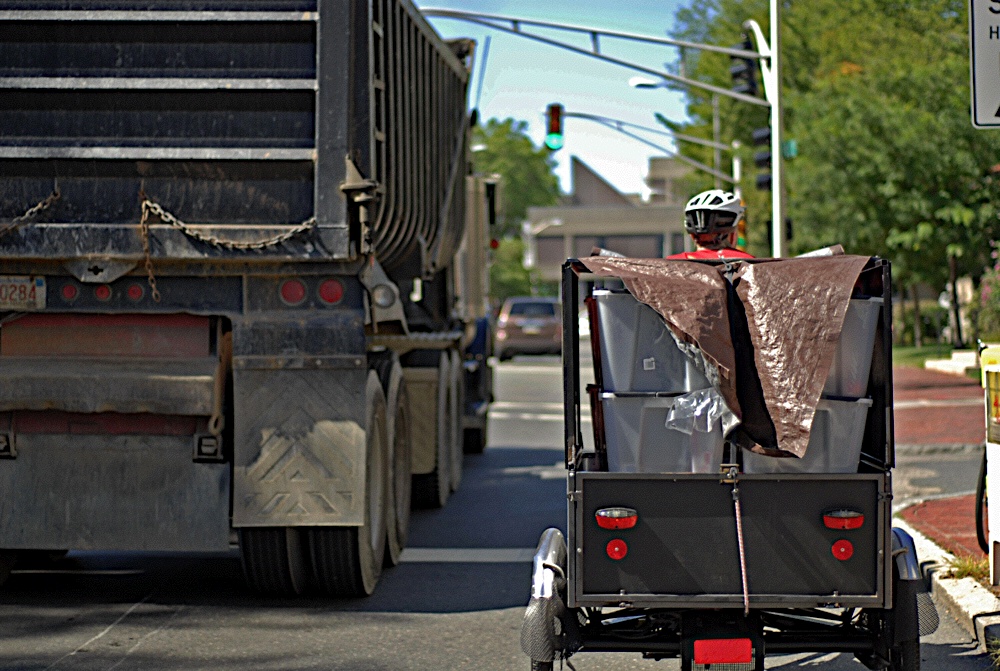 This 30-minute documentary portrays the transformative vision and extraordinary efforts of Wenzday Jane, a young woman whose mechanical skills and innovative actions are reshaping her community. Wenzday goes to the heart of the sustainability issue by offering solutions, and suggests that things don’t have to be the way they are.

As a young child growing up in public housing, Wenzday Jane’s bicycle meant personal freedom. She watched her family and neighbors struggle with issues of dependence, disempowerment, and inertia. She has been working all her life to pull herself out from under the weight of these inherited conditions. Now, with a passion for mechanics and organization, she is creating the means and cultural conditions to replace trucks with human-powered, souped-up bicycles for many local deliveries.

Shot in an intimate, lyrical style, the film follows her as she builds an organization of riders and cargo bicycles that work in agriculture and food delivery, composting, recycling and waste-hauling – and community building. We follow a rider making the rounds of municipal recycling bins, emptying bottles and cans into the bike’s cavernous tank. Weaving his 300-pound load through traffic, he heads for the city’s waste sorting facility, where he dumps into a mountain of trash just like any other gigantic truck. Wenzday reflects on winning a substantial contract for municipal recycling pick-up, “I’ve always been interested in challenges, in problem solving… There’s an opportunity to learn something new by solving a problem.”

Power-lifting a huge axle and wheel assembly onto a stand, Wenzday then disassembles a complex cargo bicycle. “There’s no alternative: you can’t just take these to the nearest garage, like a car, to get them repaired.” Her hands are covered in grease as she removes a planetary gear. “Bikes represent self-reliance and autonomy,” she says. “Working on bikes gives me a platform for really thinking about how things work.” By designing her own cargo trikes and creating a business around them, Wenzday is lowering the carbon footprint of our transportation system, one bicycle at a time.